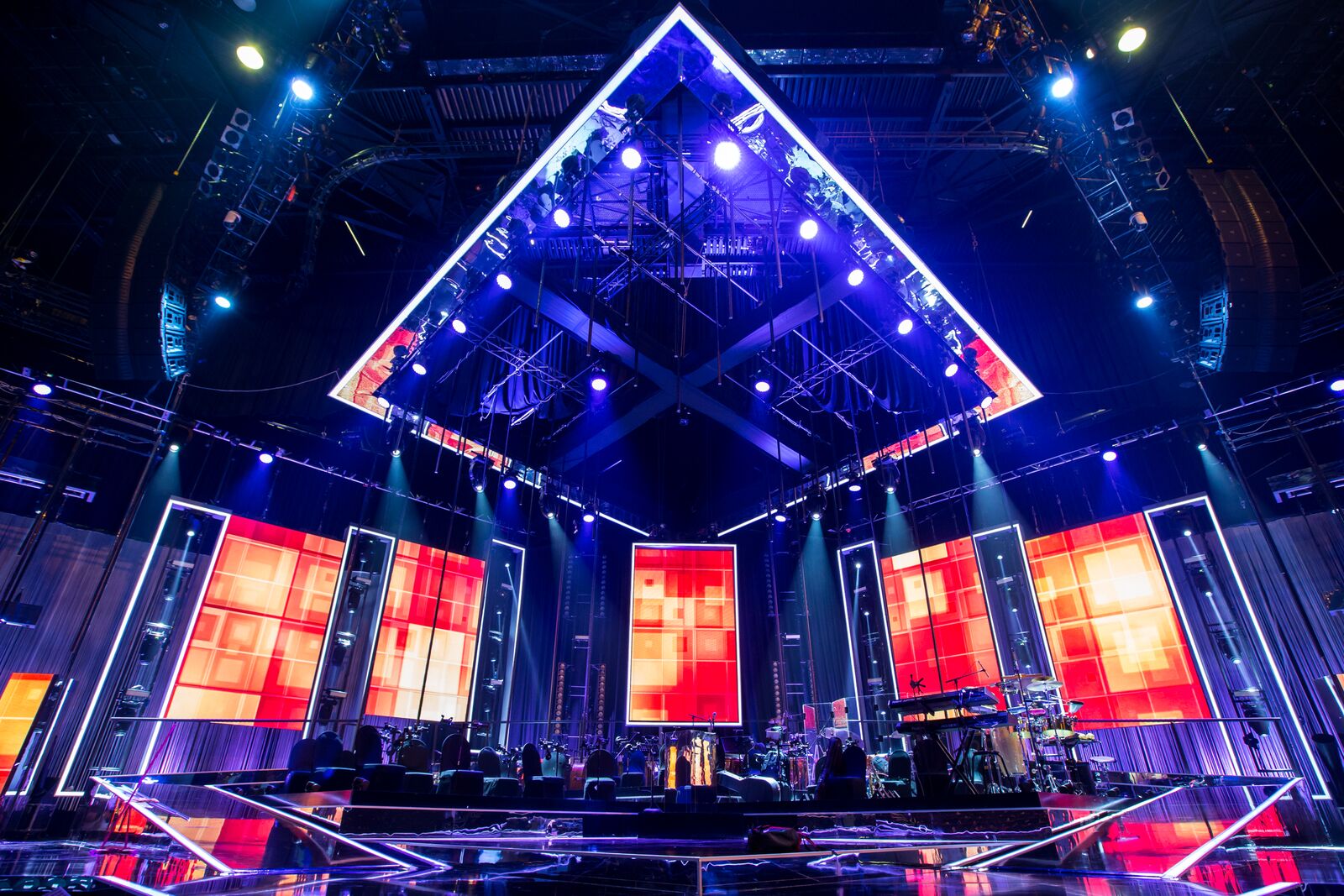 Formative were responsible for the overall production, stage and video design.

To compliment each artist’s performance we designed and produced video and custom motion graphics which were pre-visualised, programmed and perfectly sequenced to the performances with our d3 servers.

The show was recorded for television and dvd of which we are very excited to see. Thanks to everyone involved in such a great project, we look forward to Huisgenoot Skouspel 2015.