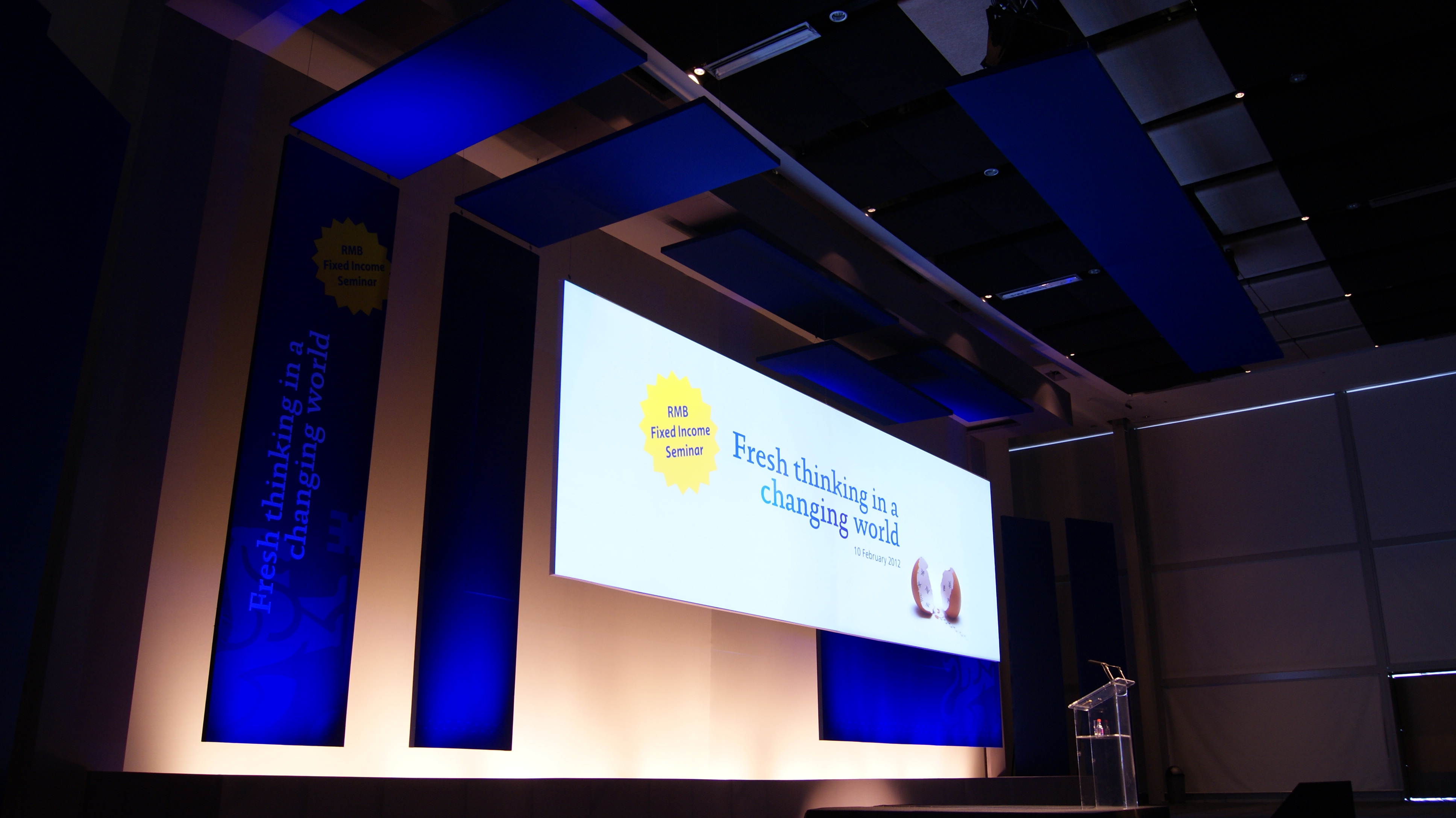 Formative were awarded the opportunity to update and modernise the Rand Merchant Bank Seminar 2012. The design was based around a large format widescreen projection surface.

The rest of the set was created using multiple staggered floating panels, the panels falling from the ceiling gave the feeling of depth and scale.

RMB is a leading African Corporate and Investment Bank and part of one of the largest financial services groups (by market capitalisation) in Africa – FirstRand Limited.