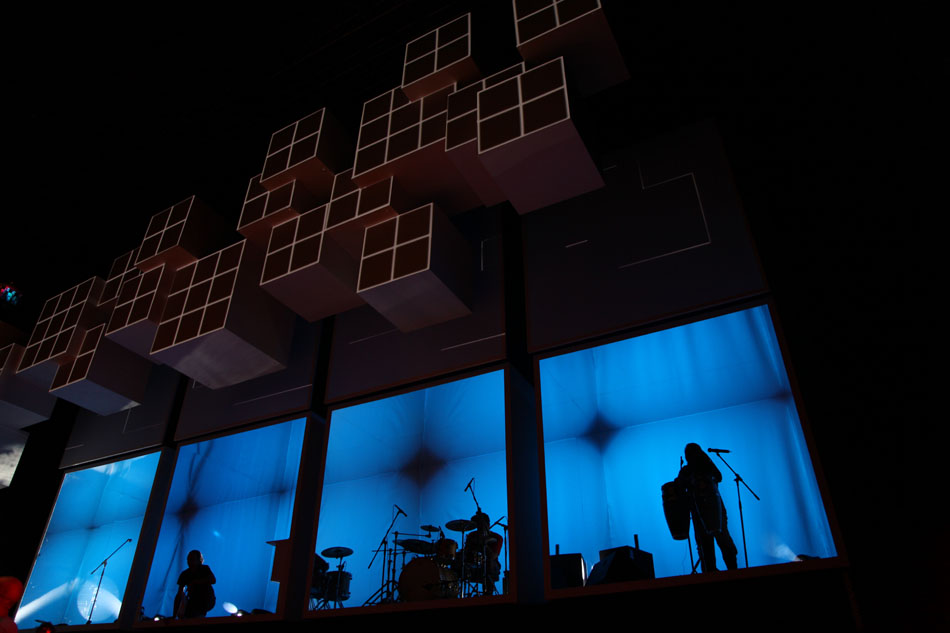 Formative were tasked to change the face of The Bookmark Awards. As the Bookmarks is the only digital awards ceremony in the country, we had to impress.

The production was designed around the bookmark award itself which is a pixel. The set was created with multiple pixels configured in a sculptural form falling form the ceiling. We chose to use one of our specialist skills of 3D projection mapping to produce the show.

The entire sculpture of the set was video mapped with complete custom 3D content. Four large pixels doubled as the main projection surface and the reveal of the mind blowing entertainment. As a clever surprise the front of the large pixels raised to reveal the featured band, Gazelle. Each member being contained in there very own internally mirrored pixel. All of the awards video content was custom designed and mapped.

The IAB SA is an independent, voluntary, non-profit association focused on growing and sustaining a vibrant and profitable digital industry within South Africa. The IAB SA currently represents more than 200 members including online publishers, brands and educational institutions, as well as creative, media and digital agencies. Their aim is to provide its members with a platform where they can engage and interact with each other and address digital issues of common interest, thereby stimulating learning and growth within the South African digital space.